Katalon uses Groovy language for writing scripts. It is a unified package which composes of Android ADK, web drivers, drive browsers, and all the required dependencies. All you need to do is simply download and install it on your computer. Like Selenium IDE, it allows you to record, play, edit, and debug tests on different browsers. It is a user-friendly tool with few implementation processes or procedures for any kind of project.

Katalon Studio records Test Objects by using different selection methods: Xpath, Attributes, CSS, and Image, and they are stored in Object Repository. The default locator is used for finding the object during test execution. 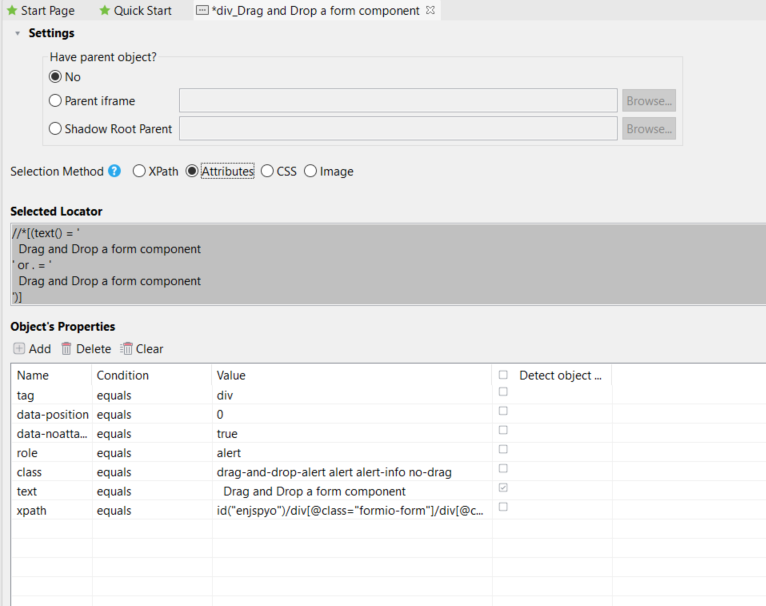 Spy Web is an advanced feature in Katalon Studio to find the test objects which may not be recorded during execution. We can easily capture the objects and save those objects to our desired folder in Object Repository. This utility enables Automation Testers to find relevant Xpath information of UI DOM Object easily. After capturing “UI Object element”, there is a handy way to verify the Xpath on the “Object Spy” window. 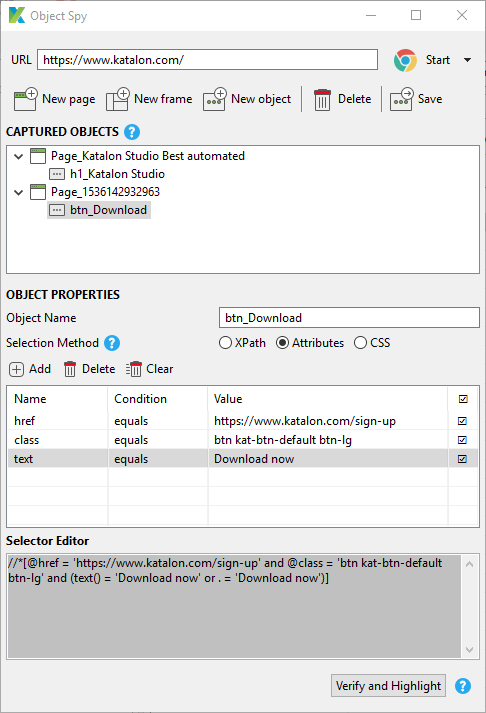 You can pass values through parameters in test scripts using Global variables, Test case variables, data binding features, and the findTestaData method in Groovy Scripts. It is easy to use predefined test data from multiple sources like excel, CSV (internal), or from any external data sources like Databases or URI within a test suite/test case.

Setting Up A Test Environment

We can easily set up a profile from Test Explorer and create variables. If we set the profile as the default execution profile, then it will be the default execution option for every test case and test suite. We can set up global variables it will help to execute automation test scripts on different environments like localhost, test, production, etc.

The Katalon test environment is user-friendly compared to other testing tools and it is easy to manage test cases and test suites in no time. The test environment console has almost all execution modes, types of test suites – API, Mobile, Desktop, scripting panes, and all handy utilities all in one place.

Test Suites, Test cases, Reports, Data Files, Object Repositories all are well managed and can be found right on the left pane of Tests Explorer. 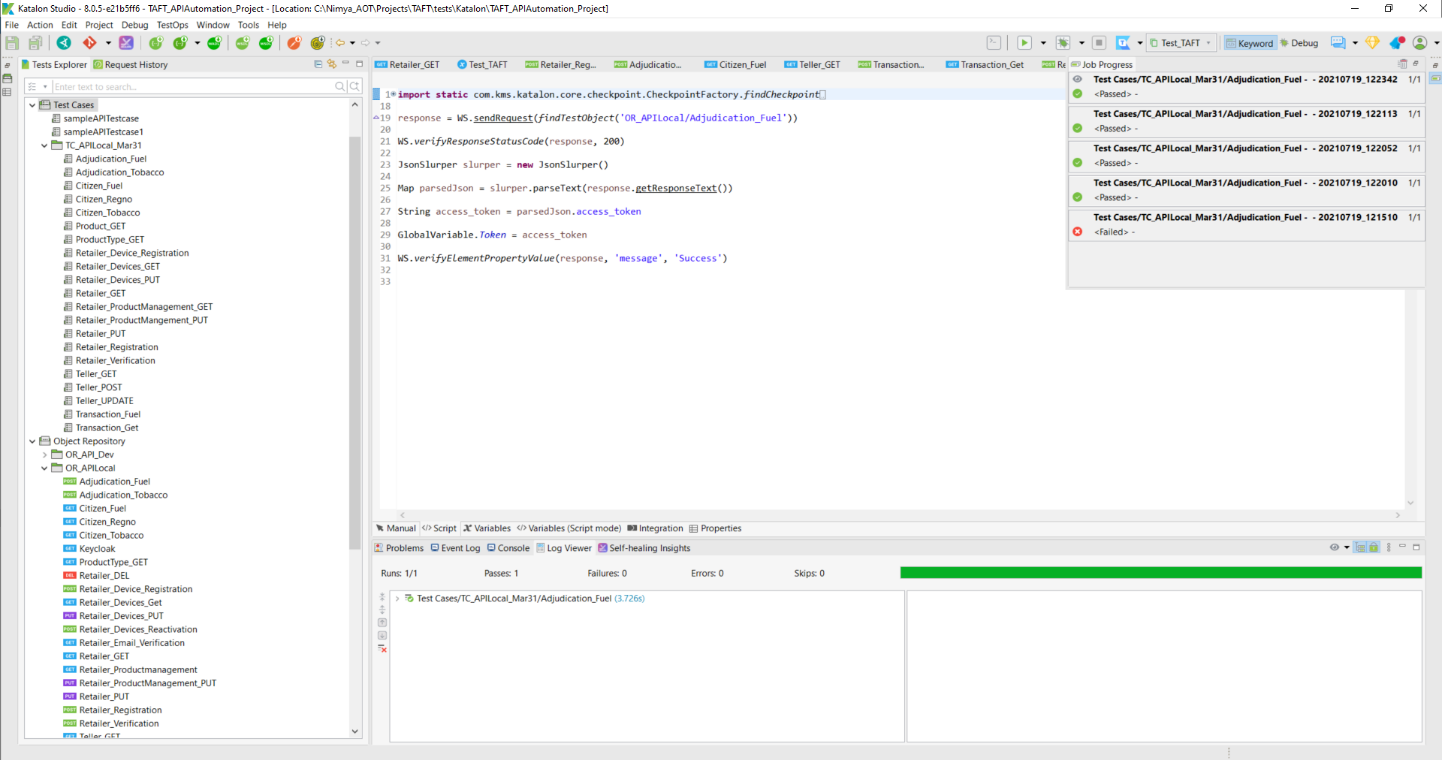 This is an advanced feature of Katalon based on a set of cloud-based services. It is an enterprise-class platform for QA orchestration, test analytics, and advanced reports. Katalon TestOps provides dashboards and reports on the status of product quality. With Katalon TestOps, you can coordinate various activities like how many test cases run, how many passed/failed, time duration for each test suite to run, etc.

Katalon can be easily integrated with a number of tools such as Jenkins, Bamboo, TeamCity, and Travis which support CI/CD integration. It is the Katalon Runtime Engine that allows users to schedule and execute automation tests in console mode and CLI mode. It helps to integrate Katalon with any CI/CD system. KRE can be activated on a paid basis with either Node-locked or floating license. Floating licenses are used on virtual machines with dynamic hardware specifications to execute tests in Docker, Azure, etc.

Katalon Studio is most suitable for projects that require an Automation Testing framework within a short span of time. Other industry-leading tools Selenium require considerable effort and learning in comparison with Katalon Studio. Also, there are many built-in features like Reporting, API, Web, Mobile, and Desktop Testing, CI/CD Integration.

On the other hand, Katalon’s community support is slightly lacking when compared to other Open-source tools like Selenium, Cypress, etc. Selenium also supports scripting with many programming languages like C#, Java, Python, JavaScript, and more.

Visual Studio Code extensions let you add a range of powerful features including different languages, debuggers, and tools to your […]

In this edition, we are going to review Fairlearn, an open-source and community-driven project to help data scientists and decision-makers improve […]